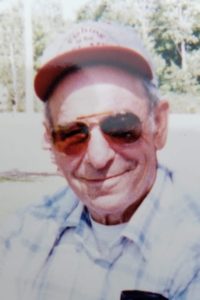 Henry A. “Hank” Ollendick, age 89 of Dubuque, Iowa passed away on July 25, 2019 at the Hawkeye Care Center in Asbury.  A Funeral Mass of Christian Burial will be held at 11:00 a.m. on Saturday, August 3, 2019 at the Holy Ghost Church, 305 West Main Street, Dickeyville, Wisconsin with Rev. Bernard Rott officiating.  Burial with military honors by the Dubuque Marine Corps League will follow in the Holy Ghost Church Cemetery.

Hank was born on May 20, 1930 in Elgin, Nebraska to Bernard and Elizabeth (Baechler) Ollendick.   He grew up farming in Elgin, Nebraska and Cresco, Iowa   Hank proudly served his country as a member of the United States Army during the Korean War.  After his service, he worked on the family’s various farms and was later a carpenter and handyman for several companies.

Hank was an avid pheasant and deer hunter but loved hunting morels most of all.  He enjoyed fishing and liked to spend his free time tending to his flowers but was always willing to lend anyone a helping hand whenever he could.  Hank enjoyed spending time with his family, sharing family history with his nieces and nephews, and talking about his time in the military.

Hank’s family would like to thank the nurses and staff at Hawkeye Care Center and Hospice of Dubuque for all of their care and support over the last few weeks.

Online condolences may be left for Hank’s family at www.tristatecremationcenter.com