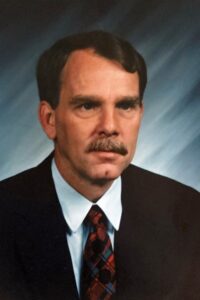 Michael J. “Buck” Powers, age 68, of Dubuque, Iowa, completed his earthly journey on April 3, 2021, at Stonehill Care Center, surrounded by his loving family.  To honor Mike’s life, his Celebration of Life will be held on Wednesday, April 7, 2021, at 4:00 p.m., at Steeple Square, 101 East 15th Street in Dubuque, with Rev. Dianne Grace officiating.  Family and friends of Mike’s may gather to visit from 2:00 until 4:00 p.m. at Steeple Square.  The Tri-State Cremation Center is humbly serving Mike’s family.

Mike was born on April 6, 1952, in Dubuque, Iowa, a son to Bill and Helen (Laughlin) Powers.  He grew up surrounded by family and friends and quickly developed his athletic skills which he would carry on throughout his life.  He played on many teams over the years, but his love for the feel of the catcher’s mitt on his hand never faded.  Mike’s love for the classroom also played an important role in his life.  He spent many years as a teacher, but eventually embraced the role of principal at St. Mary’s School in East Dubuque.  Mike sadly had to move into retirement after 23 years of committed service due to health issues.  Mike was an unshakable Hawkeye fan in his spare time, but whenever his Bears or Braves were playing, you could easily find him cheering them on as well.  But at the end of the day, Mike would admit that being a faithfully devoted family man was where his true happiness was found.  He always treasured the blessing of being a husband and father, and when the grandkids came into the picture, the joy he experienced was immeasurable.  It’s impossible to place into words the weight that sits on our hearts today with the realization the Mike has been called home now.  The legacy and memories which he leaves behind will hopefully help to heal the pain we feel, and we pray that he is resting peacefully in his Lord and Saviors arms until we meet again.  Thank you, Mike, for leading by example and for continually teaching all of those you cared about that life is a journey to be lived to the fullest.  Unfortunately, not always a smooth journey, but none the less, one worth taking.

Those left behind to cherish the memory of Mike include,

his loving wife of 36 years,

Mike was preceded in death by his parents and his brother, Tom Powers.

Mike’s family would like to thank the nurses and staff at Stonehill and Hospice of Dubuque for all of their professional and compassionate care of Mike, and his family.