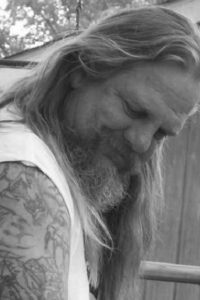 Michael McInnis; known to those who had the pleasure of knowing him as ‘Hillbilly’, continued his journey to the next life and passed away on Sunday, November 15th around 2 p.m.   A heartfelt “Thank You” goes out to his companions who visited him over the past two years as he worked to recover from an unfortunate accident which left him paralyzed with little use of his arms and legs.  He was a fighter and, even towards the end, he gave it his all, slowly regaining the ability to stand freely for a short amount of time and even taking a few steps.  Alas, his time had come and at the age of 63, he passed in his East Dubuque home doing what he loved so much – working on his Vette.  Mike leaves behind a wife of 41 years, a daughter, and a son-in-law who will continue on with ‘the plan’.  He lived his life like no other, spoke from his heart, and always tried to do the right thing, never asking for anything in return. The world became an uglier place when he left us.  He was a “Simple Man”

To honor Michael’s life, a private family service is being held.