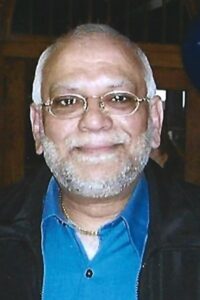 Rifat M. Sufi, age 63, of Peosta, IA died peacefully at home, following a long illness, on July 06, 2022.  A private gathering of respect will be held to honor Rifat’s life. Date yet to be determined.  The Tri-State Cremation Center is humbly serving Rifat’s family.

Rifat was born on September 30, 1958, in Manama, Bahrain, a son to Mohamed Hussain Sufi and Zakiya Nooraldin.  He attended the University of Iowa where he met and eventually married his wife, Kimberly.  The couple was blessed with a daughter and many wonderful years together.  He spent the majority of his working career as an investment banker in both Bahrain and the U.S.  Rifat was a caring husband, father, and grandfather who will be dearly missed by all who knew and loved him.

He is survived by:

he will be remembered by numerous extended family, friends, and neighbors.

Rifat was preceded in death by his parents.

Rifat’s family would like to thank the nurses and staff at Hospice of Dubuque for all of their professional and compassionate care of Rifat and his family.

Online condolences may be shared with Rifat’s family at www.tristatecremationcenter.com

A private gathering of respect will be held to honor Rifat’s life. Date yet to be determined.