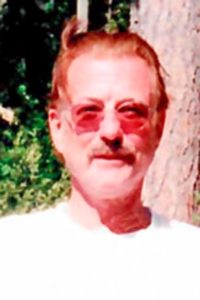 Ross L. Noah, age 69 of Cuba City, Wisconsin completed his earthly journey on Saturday, June 8, 2019 at home, surrounded by his loving family.  To honor Ross’ life, a Celebration of Life will be held at Doolittle’s Pub and Eatery, 112 South Main Street, Cuba City, Wisconsin, 53807.  Family and friends of Ross’ may gather, visit and share memories together on Friday, June 14, 2019 after 5:00 p.m.  The Tri-State Cremation Center is humbly serving Ross’ family.

Ross was born on March 29, 1950 in California, one of four sons to Roscoe and Lida Noah-Shriver.  He grew up enjoying the California sun daily and savored every opportunity which came his way to embrace it fully.  Ross was a machinist by trade and spent over 28 years with the B. Pecks Corporation, before investing another 8 years with John Deere after moving to Wisconsin.  Ross had a strong work ethic, but it was definitely when his free hours arrived in the day that Ross truly lived joyfully.  He had an incurable affinity for sports cars, classic rock-n-roll, skydiving and socializing in any situation he found himself, but we’d be remiss not to disclose that his greatest moments were likely when he was out on the water skiing with his friends.  He was the proud founding member of the Blue Balls Convention Ski Club of California and as the group grew with each passing year, so did Ross’ admiration for his creation.

Ross was surely a man who enjoyed a little fun in his days, but he also knew how to embrace a little downtime therapy in his woodshop as well.  His talent was immeasurable and so many of his unique projects will surely be blessing countless homes for years to come.  Ross was a bright light in the world throughout his 69 years and his strength was quite evident as he was forced to battle cancer on three different fronts over the last ten years.  This final battle sadly has taken all the Ross had left to give, but never once did he complain about the hand he was holding.  A true gentleman till the end and all who knew and loved him now pray for peace and understanding as he is finally done facing his earthly struggles.  Thank you for the abundance of memories you’ve left behind Ross which will definitely help to mend the many broken hearts around you and may the Lord keep you safe in His loving arms until we meet again.

Those left behind to cherish the memory of Ross include,

his good friend and cousin,

along with numerous nieces, nephews, cousins, friends and neighbors.

Ross was preceded in death by his parents; and 3 brothers, Meldon Noah, Phillip Noah and Paul Noah.

Ross’ family would like to thank all of the doctors who have helped him to fight his cancers so courageously over the last decade.  To the nurses and staff at Hospice of Dubuque for their professional care and gentle support.  And a very special thank you to all of Ross’ friends and neighbors who have cared for him just like a member of their own families.  You have all made such a beautiful statement about humanity through your outpouring of time and please know that Ross, and we, appreciate absolutely everything you’ve done.  May God bless you all for your kindnesses!

Online condolences may be shared with Ross’ family at www.tristatecremationcenter.com