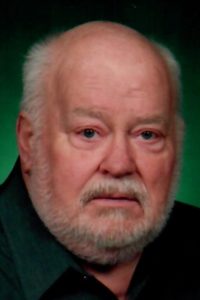 Harold G. “Harry” Leitner, age 80 of Dubuque, Iowa, completed his earthly journey on September 23, 2019, surrounded by his loving family. According to his wishes, a private family service will be held at Mt. Calvary Cemetery in Dubuque to honor Harry’s life.  The Tri-State Cremation Center is humbly serving Harry’s family.

Harry was born on January 22, 1939 in Dubuque, Iowa, to Harold and Mary (Roepsch) Leitner.  He spent his youth surrounded by family and friends who continually instilled the values of faith, family, honesty and hard work as the keys to success. After graduating from the Loras Academy in 1957, Harry began his career in banking.  He spent most of his working years primarily as a loan officer with First National Bank and also at DuTrac Community Credit Union before eventually retiring in 2002. Harry and Roann Schiessl were united in marriage on September 16, 1961 at St. Mary’s Church in Dubuque.  Their union was blessed with 4 children and an abundance of wonderful memories.

Coaching the Holy Trinity baseball team in the Holy Name League was one of his favorite outlets as the kids were growing up, but putting on his Santa outfit and making as many children smile as possible was undeniably one of his favorite activities; often welcoming a friendly tug on his real beard to make them even more sure he was indeed the Santa they were looking for.  Harry leaves behind many broken hearts today as his earthly battles have finally ceased, but thankfully he can now hold his dear daughter, Diane, in his loving arms once again.  We will miss Harry more than words could ever accurately depict, but we know that we’ll see him again, and maybe he can put in a few good words for his beloved Chicago White Sox along the way.  Thank you for being you, Harry. God speed and God bless!

Those left behind to cherish the memory of Harry include,

his loving wife of 58 years,

Harry was preceded in death by his parents, Harold and Mary (Roepsch) Leitner; his daughter, Diane Leitner; his sister in infancy, Peggy Leitner; and his brothers-in-law, Dick Tietjen and Arnie Kaufmann.

Harry’s family would like to thank his doctors and the nurses and staff at ManorCare and Tri-State Dialysis for all of their professional and compassionate care and support.

Online condolences may be shared with Harry’s family at www.tristatecremationcenter.com

According to his wishes, a private family service will be held at Mt. Calvary Cemetery in Dubuque to honor Harry’s life.