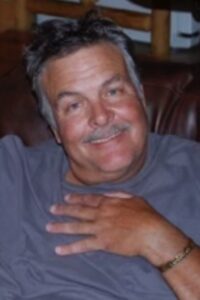 Al was born on October 24, 1946, in Chicago, Illinois, a son to Fritz and Helen (Glowacki) Zetzsche.  He grew up with the dream of making the most out of life and having a family of his own to raise, provide for, and nurture under his concrete example of the proven principles which lead to success.  Al was a naturally gifted basketball player throughout his life, and was proud to be the team captain for the DePaul Blue Demons in the 1968 season.  He soon completed his Bachelor’s Degree and eventually began climbing the executive ladder with Allstate Insurance.  He faithfully invested over 22 years of his working career there until his much-deserved retirement had finally arrived in 1993.  Al also knew how to embrace the quieter moments in life as well.  Family and friends were always his top priority, but if a little spare time happened to find its way into the day, you could easily find Al working on the catch of the day when the fish were biting.  He was also a very talented woodworker who never met a project he couldn’t perfect.  He patiently and precisely created beautiful pieces of furniture which adorn almost every room in their home today, and the testament to the skills Al possessed are visible almost everywhere you look both inside and out.  Al lived an abundantly full life and continued to fight as much as he could when his health issues began to present themselves.  We will miss his determined spirit more than he could ever know, but we also seek peace for our broken hearts in the knowledge that he does not have to fight even one more day now.  Thank you, Al, for leaving behind such an amazing legacy of memories for us to treasure until we see you again, and may peace be yours until that day as well.

Those left behind to cherish the memory of Al include,

Al was preceded in death by his parents.

Al’s family would like to thank the nurses and staff at Hospice of Dubuque, along with all of the doctors and staff who have helped Al throughout his medical battles over the recent years.  Your professionalism and compassion have made a very difficult situation just a little more tolerable when we needed it most.

Online condolences may be shared with Al’s family at www.tristatecremationcenter.com

To honor Al’s life, a private family service is being held.