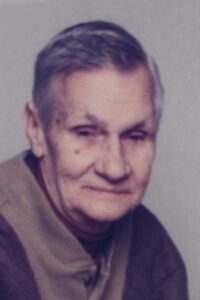 Cecil M. “Mike” McDowell, age 86, of Dubuque, IA, completed his earthly journey on August 13, 2022, at home in the loving arms of his wife of 41 years.  To honor Mike’s life, a private family service is being held.  Burial will be in Huron, South Dakota at a later date.  The Tri-State Cremation Center is humbly serving Mike’s family.

Mike was born on March 21, 1936, in  Huron, South Dakota, a son to Cecil L. and Regina (Kaminsky) McDowell.  He spent his younger years in South Dakota and eventually made his way to the Dubuque area where he met his wife, Deborah “Deb” Hellis, and the couple was united in marriage 30 days later and have been inseparable ever since.  Mike spent his working years at a few various places, but primarily in the Tri-State’s at the Dubuque Pack and Flexsteel Industries before finally moving into retirement.  In his free-time, Mike always enjoyed a little panning for gold whenever possible, and if he had the time to throw some hunting and fishing into the mix, those were considered to be time well spent also.  He could also be found in his comfy recliner from time to time watching the recent bowling tournaments, or the little league softball championships when they came around as well.  Mike was undeniably gifted with and possessed the stubborn polish gene throughout his life, but he also knew when the time was right to voluntarily include his unsolicited dry humor into the conversation at hand.  He was a good and decent man who truly loved those he cared for and made friends wherever he went.  It’s going to be beyond difficult to navigate the days ahead without Mike walking among us, but we will hopefully find some comfort within the memoires which he leaves behind.  Thank you, Mike, for continually giving your all and for keeping life simple and uncomplicated wherever possible.  May the Lord grant you the peace you seek from your earthly battles now and also grant us the peace necessary to help heal our broken hearts until we see you again.

Those left behind to cherish the memory of Cecil include,

Mike was preceded in death by his parents; and his brother, James (Barbara) McDowell.

Mike’s family would like to thank the nurses and staff at Hospice of Dubuque, especially Sarah, for all of their professional and compassionate care.

To honor Mike’s life, a private family service is being held.  Burial will be in Huron, South Dakota at a later date.