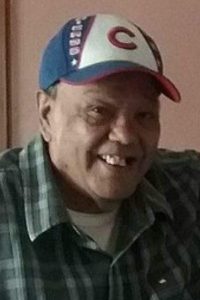 Claudio Vargas, age 83, of Dubuque, Iowa, completed his earthly journey on September 8, 2020, at home, surrounded by his loving family.  To honor Claudio’s life, a memorial service will be held at a later date.  The Tri-State Cremation Center is humbly serving Claudio’s family.

Claudio was born in Mayaguez, Puerto Rico, on October 6, 1936, a son to Claudio and Nereida Cruz (Caicoya) Vargas.  He eventually made his way stateside and settled in the Chicago area for a bit, where he met his wife, Mary K. Heiberger.  They began their family together while Claudio diligently climbed the ladder to finally become a chef.  He worked at 7 Hills in Chicago for many years before moving his trade to the Dubuque Area.  Serving Frank Sinatra, Tony Bennett, and Jimmy Durante were among some of his favorite memories while always cherishing their photos together allowing him to reminisce in his later years of the days gone by.  Claudio worked at The Chateau, The Bridge, among other restaurants around town, before eventually retiring.  Claudio was as detail oriented at home as he was in the kitchen as well though, and countless hours were spent on keeping the yard and gardens in pristine order.  He was the epitome of a quiet, reserved and mild-mannered gentleman, but found the space to come out of his shell a little when his Cubbies were playing, or if some time to fellowship with friends at the bowling alley would make its way into his calendar.  Our hearts break as we must say Farewell for Now to our beloved Claudio, but be pray that he is now at peace from his earthly battles and that one day we will hear his calming voice once again.

Those left behind to cherish the memory of Claudio’s include,

Claudio was preceded in death by his parents; his daughter, Nereida Romero; and his brother, Alfredo Vargas.

Claudio’s family would like to thank the nurses and staff at Hospice of Dubuque for all of their tender care and support.

Online condolences may be shared with Claudio’s family at www.tristatecremationcenter.com

To honor Claudio’s life, a memorial service will be held at a later date.