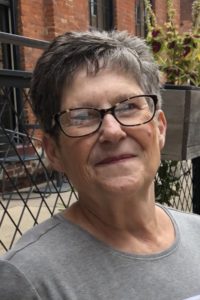 Dawn Sonia (Meyer) Woodhouse, age 75, of Dubuque, IA passed away on Friday, December 20. Dawn was born in Aukland, New Zealand on October 24, 1944. She came to the United States with her mother as a girl and spent her childhood in the Dubuque, IA area.

In 1963, she met and married Robert L. Woodhouse of Epworth, IA. Together, they raised three children: Alicia, Brad, and Rachel. The couple enjoyed golf, travel, bowling, and card club with friends. In her semi-retirement, Dawn became an avid quilter and prioritized mentoring students at Prescott Elementary each year as a way of honoring her grandchildren.

From the age of 17 Dawn worked in publishing and always took great pride in her work and career. More recently she worked in human resources and truly enjoyed making new relationships as well as passing on a lifetime of professional experiences to her younger coworkers. Though she had been semi-retired for many years working remained central to her until the end.

Traveling to see her four grandchildren remained her top priority. These visits were a source of great strength and reward during her 15 month fight against cancer. Mom fought tenaciously against the disease that took her life and refused to give up until she herself was ready. She never once lost her unique sense of humor.

Mom collected unique rocks wherever she went, bringing them home as memories of her travels. She often held one in her hand during treatment. We invite visitors to bring a rock from their homes with them to share with the family and continue her tradition.

In lieu of flowers, donations may be made in Dawn’s name to the Foundation for Dubuque Public Schools to be used for Prescott’s Mentoring Program.

Online condolences may be shared with Dawn’s family at www.tristatecremationcenter.com

Finally, Dawn’s family would like to thank the doctors and nurses at Grand River Medical. We could not have asked for better care.