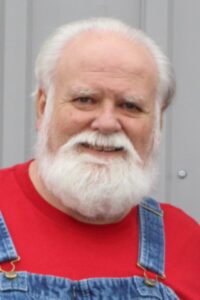 Don was born on November 3, 1954, in Dubuque, IA, to Lawrence L. and Grace M. (Elgin) Davis. He was raised to appreciate the value of a strong work ethic that he demonstrated throughout his entire life. Don was united in marriage to Mary Ann Kutsch on July 1, 1972, at SS. Peter & Paul Church in Sherrill, IA.

He spent the majority of his career at Klauer Manufacturing, where he made many friends over the years. While working at Klauer, Don also ran his own family garbage route for 10 years. In 2009, he retired from Klauer to help on the farm of a close friend, Joel Datisman, and to spend time with his family.

Don appreciated the good things in life. He loved spending time with his family, especially when he could share advice on how to do things the “right” way, which generally meant “his” way. His joking personality always came out at the card table with family and friends, especially with his sister, Linda. During the winter, Don could be found working on his puzzles, but the warmer months he spent outside working on his hobby farm, his most fulfilling achievement. Don’s greatest joy was to play Santa. It was a magical time not only for the children, but for Don also. He would always get the biggest smile when the kids recognized him in public.

Don was taken from us much too soon and too quickly for our hearts to comprehend, but thankfully he leaves behind a lifetime of wonderful memories for us to lean into as we seek peace and healing in our hearts. Thank you, Don, for being the man you were made to be, and may the Lord keep you safe in His loving arms until we see you again.

Those left behind to cherish the memory of Don include

his loving wife of 50 years,

and Janet Kuhle, Portland, OR;

Don was preceded in death by his parents, Larry and Grace Davis; his brother, Jim Davis; his grandparents, Nick and Stella Elgin, Matt and Kate Davis, and Mary Kuhl; and his in-laws, Walter and Marie Kutsch, Bob Kuhle, Don Saeugling, and Carol Kutsch.

Don’s family would like to thank the Sherrill Fire Department and the MercyOne Trauma Unit for their professional and compassionate care.

Online condolences may be shared with Don’s family at www.tristatecremationcenter.com