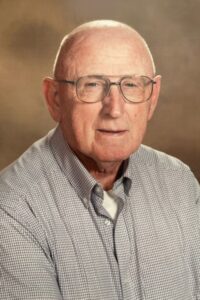 Edward R. Hermsen, age 79, of Dyersville, IA, completed his earthly journey peacefully on April 13, 2022, at MercyOne in Dyersville.  To honor Edward’s life, a private family burial will be held at St. Francis Xavier Catholic Cemetery at a later date.

Edward “Junior” was born on October 17, 1942, in Luxemburg, IA, a son to Edward and Florence (Vaske) Hermsen, Sr.  He was raised on a farm with a strong work ethic and a desire to enjoy life to the fullest. Ed provided for his own family with John Deere Dubuque Works in his early years, but eventually found his way into the driver’s seat as an over the road trucker.  He was proud to have driven a million miles without an accident or ticket. He embraced the spirit of one of his favorite songs, I’ve Been Everywhere by Johnny Cash.  Ed enjoyed polka and bluegrass music and country dancing. If you threw in some relaxing and light-hearted conversation, he was sure to be content with the day.  Ed looked forward to family gatherings, local baseball games and Hawkeye basketball. We pray that he is at peace from his earthly battles due to cancer and have no doubt that he will make friends in heaven just as easily as he did here among us.  Thank you, Ed, for walking through your days with an easy smile, positive attitude and for being our guardian angel as we travel the highways.   Ed left a legacy in his children and grandchildren of a love for adventure and an open mind.

Ed was preceded in death by his parents; his sister, Wilma, in infancy; and his brother, Charles Hermsen.

Ed’s family would like to thank the doctors, nurses and staff at Mercy Hospital and MercyOne Senior Care in Dyersville, and Hospice of Dubuque for all of their professional and compassionate care over the last two months.

Online condolences may be shared with Ed’s family at www.tristatecremationcenter.com.

To honor Edward’s life, a private family burial will be held at St. Francis Xavier Catholic Cemetery at a later date.