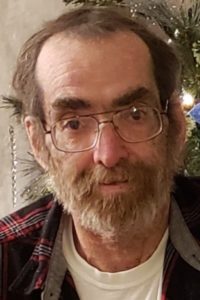 George “Dan” Barry, age 62 of Dubuque, Iowa completed his earthly journey on Wednesday, September 18, 2019 at home, surrounded by his loving family.  Per Danny’s request, a Celebration of Life for family and friends will be held on Sunday, September 22, 2019, from 1:00 until 5:00 p.m. at the Backpocket Taproom and Beercade, 333 East 10th Street, Dubuque.  A private family burial will be held at the Mount Olivet Cemetery in Key West, Iowa, where full military honors will be accorded by the Dubuque Marine Corps League.  The Tri-State Cremation Center is humbly serving Dan’s family.

Dan was born on July 10, 1957 in Dubuque, one of ten children to Donald “Don” and Elizabeth “Betty” (Bertling) Barry.  Dan flourished within his large family and quickly realized the value of family, friends and an honest day’s work.  He honorably joined the U.S. Army at the age of 17 and devoted 4 years of his life to protecting our freedoms on a daily basis.  After leaving the Army, Dan went on to earn a few electronics degrees and soon began his working career in the field.  He was one of the first computer repairmen in Illinois at the time and eventually went on to share his talents with the Bodine Electric Company, Renier’s TV, Stereo & Video, and Frith Appliance.  Dan was a naturally gifted electronics guru who eventually became the go-to man in the area.  He could fix anything, would help anyone who asked and thankfully, remained generous and humble with his wealth of knowledge and experience in the industry as Dan was always able to explain his thoughts in a manner that the average listener could easily understand.  He retired in 2018 due to health issues, but always took great pride in the path which he had blazed.

Dan was also a man who appreciated a little downtime in his day.  Fishing and hunting were top on his list in his early years, but as time passed, he found himself enjoying a few hours in a climate-controlled environment trying out his luck at the slot machines to be just as enjoyable.  Helping with the cooking duties at the yearly hog roast at Georgie’s Skyline was also a perfect way to spend a day off in Dan’s mind.  But truth be told, his grandkids were where his greatest joys could be found.  Hanging out, telling stories, or simply listening to how their day was going would always bring a joyful smile to Dan’s face.  He loved his entire family and not one ever had to wonder where his true loyalties fell.  Dan was not only a good and honest man and a man of his word, but he was also a very particular man when it came to the world around him.  Religiously organized is probably an understatement and all who knew Dan were well aware of the fact that if he was in control of the task at hand, it was going to be meticulously perfect in his mind by the end.  Our hearts are broken with the realization that Dan has lost his long and courageous battle, but we are also grateful for peace in time as we embrace the hope that Dan can now rejoin his loved one’s who have been called home ahead of him.  We will miss you deeply Dan, we love you dearly and thank you from the bottom of our hearts for being exactly the man you were meant to be, and may we graciously add one final RTFM and GTS for good measure good Sir!

Those left behind to cherish the memory of Dan’s include,

Dan was preceded in death by his parents; his stepfather, Leo Burns; his son, Donald Jay; and his brothers, Donald Barry, Jr. and Scott Barry.

Dan, and his daughter, Danielle, would like to thank Bea and Brice Nagelmaker, Nikki Steger, Dr. Ott, Dr. Engelman, the staff at Mercy Hospital and Hospice of Dubuque (especially Jennifer Fondell) for all of their professional and compassionate care of Dan, and his family.  Also, a very special thank you to Caleb, Charlie, Caitlyn, along with all of Dan’s brothers, sisters and close friends who showered Dan with unconditional and unwavering care and support the entire time.  The visits, texts, food, laughs, affection and simply checking in on him has surely made this difficult journey much easier.  May God bless you all for your kindnesses!

Online condolences may be shared with Dan’s family at www.tristatecremationcenter.com