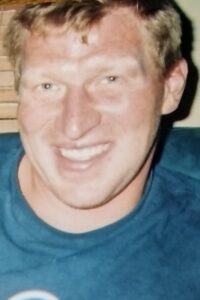 Jason A. Munson, age 49, of Dubuque, IA, completed his earthly journey on Sept. 3, 2022, at the Iowa Methodist Hospital in Des Moines, IA.  To honor Jason’s life, a private family service is being held.  The Tri-State Cremation Center is humbly serving Jason’s family.

Jason was born on August 13, 1973, in Dubuque, IA, a son to Debbie Roth and Jim Munson.  He spent his working years as a deck hand on the barges but soon became disable.

In his free-time, Jason enjoyed sports especially football which he played in his High School days, being offered two scholarships from two major colleges. Jason followed the Green Bay Packers and enjoyed watching them. We will miss Jason more than he could know and thankfully find peace in knowing and trusting that he is now safe in the loving and grace-filled hands of his Lord and Savior…. Blessed are those who mourn, for they will be comforted.

Those left behind to cherish the memory of Jason’s include,

his step-brothers and sisters,

Jason was preceded in death by his brother, Justin James Munson.

Online condolences may be shared with Jason’s family at www.tristatecremationcenter.com

To honor Jason’s life, a private family service is being held.

6 comments on “Jason A. Munson”