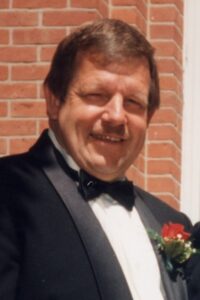 John F. George, age 78, of Dubuque, IA, passed away peacefully on March 20, 2021, at Dubuque Specialty Care.  To honor John’s life, his Celebration of Life will be held at a later date.  The Tri-State Cremation Center is humbly serving John’s family.

John was born on October 7, 1942, in Dubuque, a son to Francis “Frank” & Olivia (Fritsch) George.  He married Catherine “Kay” Koenig on December 28, 1963, at St. Anthony’s Church in Dubuque.  As a child, John would do anything to make some money, such as Kool-Aid stands, car washes and cutting grass.  In 1972, he started J & J Tree Service and had great success, later in 1977 he also started J & J Pools & Spas, which became a family business.  He could sell just about anything, including dirt.  He was an investor in the Diamond Jo River Boat and loved the stock market.  But his biggest thrill was gambling, poker or spades with friends, the dog track, and Diamond Jo Casino; he placed bets on anything and everything. John could tell a story like no other and was the life of the party, always great fun to be around.  He lived his life to the fullest and even wrote the book Rags to Riches to Rags.  John had a few nicknames throughout his life.  In the early days he was known as “Crazy George” since every Friday night he would play chicken with his first car for twenty to fifty dollars; he won every time.  His other nicknames were “Frenchie” and “Bubba”.

John is survived by his three children,

John was preceded in death by his parents; and his grandparents, Peter and Caroline (Schwendinger) George and Nicholas and Sophia (Bartles) Fritsch.

John’s family would like to thank the nurses and staff at Dubuque Specialty Care for all of their professional and compassionate care.

Online condolences for John’s family may be left at www.tristatecremationcenter.com

To honor John’s life, his Celebration of Life will be held at a later date.