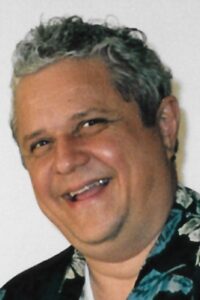 John H. Del Degan, age 64 of Dubuque, Iowa, completed his earthly journey on July 25, 2020, at home, surrounded by his loving family.  To honor John’s life, his Celebration of Life will be held on Friday, July 16, 2021, from 5:00 until 9:00 p.m. at the Barrington Lakes Pavilion, 11197 Lakeview Drive, Dubuque, Iowa, 52003.  All of our family and friends are welcome to join us in friendship and fellowship as we honor the legacy which John has left behind.  The Tri-State Cremation Center is humbly serving John’s family.

John was born on June 24, 1956 in Toronto, Canada, a son to Enrico and Wanda (Zamalo) Del Degan.  He earned his Bachelors of Science in Geology from the University of Waterloo in Kitchener, Ontario, Canada and did some prospecting and worked in an amethyst mine before moving to San Diego to begin the next chapter in his life.  It was there that he met his beautiful bride, Pamela Saylor, and the couple was united in marriage on September 28, 2002.  John has surely been called home much too early, but his years were thankfully abundantly full of all that is good in this world.  John was currently investing his working hours with John Deere Dubuque Works, but he had worked in IT for the majority of his working career, primarily with IBM, and PB & J Consulting.  But, anyone who knew John also understood that his heart always belonged in the field of Geology.  He was blessed to have had many adventures of being set free into the wilderness to scout for new formations with only the hope of weekly support being air dropped in along the way.  In earlier years he spent plenty of time in the dojo working on his martial arts and more recently was actively involved in supporting his daughter Rika, with her interest in English style horse riding and competitions.  Building computers brought some satisfaction to his days as well, and he gladly provided the entire family computer consulting and advice.  John lived his life to the fullest each and every day.  His commitment to his family was undeniable and playing the role of husband and father was not only what he was made to do, but truly where he shined the most.  John was a kind, gentle, genuine, and polished soul who understood that romance beat routine every day, and that sacrifice was as rewarding as facing any challenge which came his way.  The world is definitely a lesser place today without John’s effervescent energy connecting so effortlessly with everyone he encountered, and thankfully he has left us with an amazing collection of memories to treasure through the years ahead.  Thank you, John, for setting the bar so high and for continually role-modeling what a real man looks and acts like.  May peace from your earthly battles be yours now and may you be safely kept in the Lord’s loving arms until we meet again.  Job well done Thy good and faithful servant!

his loving wife and partner of 20 years,

John was preceded in death by his parents, grandparents, and mother and father-in-law.

In lieu of flowers, donations may be made in John’s name to Hospice of Dubuque.

John’s family would like to thank the doctors, nurses and staff at the University of Iowa, and Hospice of Dubuque for all of their professional and compassionate care.  Also, a very sincere thank you to Madonna Friedman, OSF, and all of our family and friends who have been so generous with their time, support, and endless efforts.  Your kindness has brought more peace into a difficult time than you could ever imagine.  May God bless you all for the parts you have played.