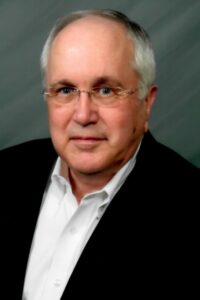 John J. Etienne, age 74 of Dubuque, IA completed his earthly journey on June 22, 2022 at Luther Manor Grand Meadows in Asbury with his loving family by his side.  To honor John’s life, his Mass of Christian Burial will be held on Thursday, June 30, 2022 at 10:30 a.m. at St. John the Baptist Catholic Church, 241 Peosta Street in Peosta, IA with Rev. Michael Schueller and Rev. John Haugen officiating.  Family and friends are invited to visit one hour prior to the service at the church and also at John’s Celebration of Life which will be held from 12:00 p.m. until 6:00 p.m. at the Barrington Lakes Pavilion, 11197 Lakeview Drive in Dubuque, following his services at the church.  Full military honors will be accorded by the Dubuque Marine Corps League and burial will be in the Mount Olivet Cemetery in Dubuque.  The Tri-State Cremation Center is humbly serving John’s family.

John was born on December 3, 1947 in Columbus, OH, the son to Joseph A. and Nancy J (Novak) Etienne.  He was raised with a strong work ethic, an innate sense of integrity, and a natural drive and determination to make the most out of every opportunity which would present itself throughout his life.  John graduated in 1969 from South Dakota School of Mines and Technology with a BS degree in Chemical Engineering.  John married his soul-mate, Jacquilyn Weiland on June 7, 1969 in Rapid City, SD.  He went to work for DuPont in Parkersburg, WV until November of 1969 when he was called to serve his country.  He served in Vietnam from September of 1970 to September of 1971 in the 2nd Armored Division. Upon returning from Vietnam, John earned his Masters Degree in Chemical Engineering from SDSM&T and returned to work at DuPont.  John and Jacquie moved to Dubuque in August of 1979 to work for John Deere.  After 31 years, he retired in May, 2010. John and Jacquie were blessed with two wonderful children.  John was a devoted husband and father.  He served 7 years as Wahlert Booster Club President investing his spare time in organizing the Dubuque parishes to staff the concessions stands for athletic events at Wahlert High School.  He proudly traveled with the Wahlert and Loras golf teams where he became known as (Homie).  John was a volunteer teacher for  Junior Achievement, he loved golfing with his friends, and he even did his best to perfect his fishing skills from time to time, but he really liked to skip rocks.  John filled many roles at John Deere over the years and took his responsibilities seriously, but none compared to his love and adoration for his family at home.  His sense of humor and story telling abilities were legendary, and his ability to make friends wherever he found himself was absolutely amazing to watch.  John’s humble spirit was continually on display for all to witness, and the memories which he leaves behind now thankfully reside within their broken hearts.  John spent his life focused on all the right areas which truly matter in this world:  faith, family, and fun.  He understood that balance was not only a prerequisite to a truly joy filled life, but that it would also bless the lives of those around him whom he loved so much.  As sad as we are today with the realization that John’s bright light will not shine quite as brightly in our daily lives moving forward, we are forever grateful for the 74 years in which the Lord was willing to share him with us.  Thank you, John, for leading by example and teaching us so many important lessons along your journey.  May the Lord bless you and keep you safe in His loving arms until we meet again.

his beautiful bride of 53 years,

John was preceded in death by his parents, his brother, Terry Etienne, his grandparents, aunts, and uncles.

John’s family would like to thank Dr. Liaboe and Trish, the staff at 3rd Floor Summit at UnityPoint, along with the nurses and staff at Grand Meadows and Hospice of Dubuque for all of their professional and compassionate care.

In lieu of flowers, donations in John’s name may be made to Hospice of Dubuque, the Special Olympics of South Dakota, or Luther Manor Grand Meadows.