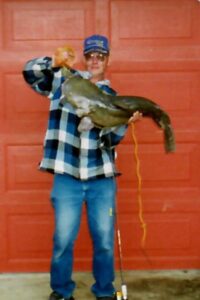 John J. Plein, age 78, of Dubuque, IA, completed his earthly journey on April 7, 2022, at Ennoble Nursing and Rehabilitation.  To honor John’s life, a private family service will be held at a later date.  The Tri-State Cremation Center is humbly serving John’s family.

John was born on May 4, 1943, in Dubuque, IA, a son to Sylvester and Frances (Fah) Plein.  He eventually met and married his true love, JoAnne Carr, and the two enjoyed many years together and were blessed with one daughter before JoAnne was sadly called home ahead of him.  John was as diligent a worker as he was an outdoorsman.  He devoted many of his working hours helping those in need at Sunnycrest Manor before moving into the Walgreen’s cafeteria at the Kennedy Mall for a few years.  He also found a way to earn his pay while being outside with American Tree Service and Lyon’s Tree Service for some time.  John’s last employment before health issues became a difficult reality for him was with Midland Security where he proudly worked as a security guard until he could no longer manage his tasks at hand.  It was difficult to watch John move into a state of needing more medical care as he was always on the go.  Fishing and hunting were among his favorites, but anything he could find to spend time doing outside was always his favorite option for the day.  Even feeding the birds and animals was discovered to bring John all the contentment he needed.  When indoors, John was almost always going to be found sitting at his Hamm radio catching up with his friends across the globe.  He was a faithful member of the Great River Amateur Radio Club and enjoyed every opportunity to sit and visit with his fellow enthusiasts over breakfast at the Sunshine Restaurant.  We are going to miss John’s outgoing and lively personality in our lives moving forward, but are surely grateful for the memories which we will still continue to lean on through the difficult days ahead.  Thank you, John, for always being the man we needed you to be when you still could and may the Lord keep you safe and healthy in His loving arms until we see you again.

Those left behind to cherish the memory of John’s include,

and Jessica Turtscher, both of Platteville, WI;

John was preceded in death by his parents, and his wife, JoAnne Plein.

John’s family would like to thank the nurses and staff at Ennoble Manor and Hospice of Dubuque for all of their professional and compassionate care.

To honor John’s life, a private family service will be held at a later date.