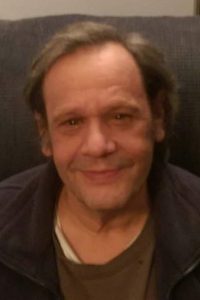 Kevin M. Shaw, age 69, of Dubuque, Iowa, completed his earthly journey on August 19, 2020, at the University of Iowa Hospital and Clinics in Iowa City, Iowa.  To honor Kevin’s life, a private family service is being held.  The Tri-State Cremation Center is humbly serving Kevin’s family.

Kevin was born on August 18, 1951, in Cedar Rapids, Iowa, a son to Frank and June (Campagna) Shaw.  Kevin was raised to value his family, friends, and the simple things in life.  He spent many years working at the National Mississippi River Museum spreading his joyful spirit along the way, but when the workday was over, Kevin was ready to embrace the remainder of the day.  He was quite the story-teller and if he could succeed at getting a few laughs out of the opportunity, well, even better.  A little downtime in the recliner was appreciated from time to time as well, especially if the Viking’s, Saturday Night Live, or the Trailer Park Boys were on.  Kevin found that the radio would work just as well too.  Old time radio programs were always on the agenda and if the night owl hours were available he could catch up on the latest alien and UFO news on Coast to Coast AM.  But, honestly, spending time with his family, especially the grandkiddos, was where Kevin found his greatest joy.  A simply relaxing walk down along with Bee Branch with them by his side was the only ingredients necessary for a perfect day in Kevin’s mind.  We will miss him more than words can say, but we are grateful that he doesn’t have to struggle one more day and his earthly trials have ceased now.  Thank you, Kevin, for all that you taught us along the way, and may peace be yours until we meet again.

Kevin was preceded in death by his sister, Virginia Pierce.

Kevin’s family would like to thank the doctors, nurses and staff at Medical Associates, and the University of Iowa, for all of their care and support.

Online condolences may be shared with Kevin family at www.tristatecremationcenter.com

To honor Kevin’s life, a private family service is being held.