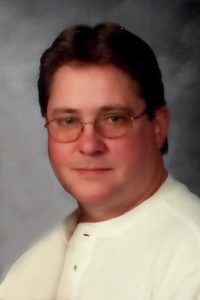 Kevin M. Vaughn, age 58, of Dubuque, Iowa, completed his earthly journey on October 14, 2020, at the University of Iowa Hospital and Clinics, in the loving arms of his wife, Kathy.  To honor Kevin’s life, a Celebration of Life will be held on Saturday, October 24, 2020, from 1:00 p.m. until 4:00 p.m. at Happy’s Place, 2323 Rockdale Road in Dubuque.  Full military honors will be accorded by the Dubuque Marine Corps League at 1:00 p.m., followed by a prayer and remembrance moment. The Tri-State Cremation Center is humbly serving Kevin’s family.

Kevin was born on December 14, 1961, in Dubuque, Iowa, one of three children to Jay and Norma (Nurre) Vaughn.  Kevin has spent most of his life in the Dubuque area and learned very quickly the value of being surrounded by family and friends.  After graduating from high school, he proudly joined the U.S. Marine Corps, where he honorably served his country and gained the skills he would use to later provide for his family.  Upon completing his duty, Kevin spent a few years in the security department at Target, before finally taking the plunge and moving into the field of auto mechanics for the remainder of his working career.  He spent the majority of his years with Addoco, and lastly with Premier Tool and Die before chronic health issues eventually made their way into his life.  Kevin always made his best attempt to find balance between work and play and found some of his most joyful moments to be discovered in the great outdoors.  Deer and pheasant hunting were definitely at the top of his list, but an afternoon out on the boat, or working in the garden would also suffice.  He also enjoyed the fellowship of friends whenever possible and holding the position of Exalted Ruler for 2 terms at the Elk’s Lodge was surely a way to make that happen.  Kevin’s primary goal in life was to embrace it whenever possible and hopefully bring a smile to the faces of all who knew and loved him.  His medical battles had sadly taken a toll on Kevin’s daily life, but his spirit never surrendered to their continued assault.  We find ourselves in a place today which we would give anything to change, but we also trust and know that Kevin’s soul now resides in eternal peace, free from the earthly confines which plagued him so.  We will love, miss, and treasure every moment and memory we possess moving forward.  May the loving grace of the Lord be yours Kevin until we meet again.

his loving wife of 35 years,

along with numerous other extended family, friends, and neighbors.

Kevin was preceded in death by his father, Jay Vaughn; his father-in-law, Gerald Naumann; and his brother-in-law, Steve Schneider.

Kevin’s family would like to thank the doctors, nurses, and staff at the University of Iowa for all of their professional and compassionate care of Kevin and his family.  Also, a very sincere and heartfelt thank you to all of our family and friends who have helped us navigate these most difficult days.  Your kindness and consideration has surely brought a peace into our days that we cannot thank you enough for.  Thank you!

Online condolences may be shared with Kevin’s family at www.tristatecremationcenter.com