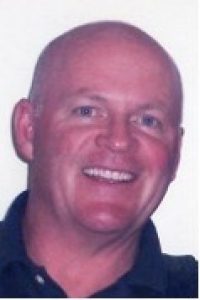 Nicholas J. “Nick” Ryan, age 66 of East Dubuque, Illinois, passed away peacefully at home on August 4, 2020, surrounded by his loving family after a brief battle with cancer.  The family will not be having a public memorial at this time as a result of the pandemic.   A private family service will be held.  Tri-State Cremation Center is humbly serving Nick’s family.

Nick was born on December 17, 1953, in Dubuque, Iowa, one of four children to James R. and Ora Mae (Strain) Ryan.  At a young age their family spent countless days on his father’s homemade pontoon boat on the Mississippi River.  This created Nick’s love for the water and future adventures.  After graduating from Wahlert High School he joined the Air Force and worked as an electrical power plant technician.  He was stationed at Colorado Springs Cheyenne Mountain for two years and then in Alaska at Tin City AFB for a year.  He returned to Dubuque for a brief time and then began working as a government contract employee spending two years in Antarctica.  Nick was also employed at Cape Canaveral AFB and Ascension Island, South Atlantic, for four years working as a power plant technician.  He returned to Dubuque and spent seven years working as a marine engineer on tow boats on the Mississippi and Ohio Rivers.  He also worked several years as an engineer on the Diamond Jo Casino gambling boat.  Nick spent his last 18 years working in the Dubuque Technology Park performing facility maintenance for Advanced Data Comm, Inc. and finally at Straka Johnson Architects.  Eventually Nick settled down, at 52, and started a family of his own.  He was united in marriage to his best friend, Angela Bittner, on September 16, 2006, and they have been blessed with two beautiful children and many wonderful memories together.  Nick frequently said “my life is backwards” as he laughed over being called Grandpa when out with his children.  Most of their free time was spent enjoying the Mississippi River with family.  Nick truly loved anything outdoors, even in the dead of winter, he could be found enjoying a nice fire in the woods.

Nick would say that he has lived a full and abundant life, but clearly when the Lord finally decided to bring Angie and their children into his life, all was complete.  We will miss Nick, his gentle spirit, kind heart and contagious sense of humor, but we trust that the Lord will keep him safely and securely in His loving arms until we meet again.  Thank you, Nick, for the amazing example you have left and may we carry your legacy forward with pride while we carry you with us in our hearts.

Those left behind to cherish the memory of Nick include,

and Jason (Lynette Pritchard) Bittner, all of Guttenberg, Iowa;

Nick was preceded in death by his parents; a sister, Kathy Spahn; and his father-in-law, John Bittner.

Nick’s family would like to thank the nurses and staff at Hospice of Dubuque for all of their professional and compassionate care of Nick, and his family. This has been a very difficult time for all of us and your sincere gentleness and kind hearts have truly made a difference which we will never forget.  Nick’s family would also like to thank all of our family and friends who have provided such an outpouring of love and support during this difficult time.  Your consideration and kindness have helped to bring some peace and healing into our days and we cannot thank you enough for the role you’ve so generously played in that.

Online condolences may be shared with Nick’s family at www.tristatecremationcenter.com

This boat that has taken me across these beautiful seas

Is getting old and leaky

It’s time to sail into the foggy night

The family will not be having a public memorial at this time as a result of the pandemic.   A private family service will be held.