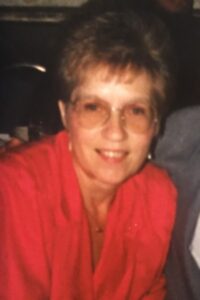 Norma C. “Charlene” Anderson, age 83, of Cassville, WI, completed her earthly journey on September 24, 2022, at home while surrounded by her loving family.  To honor Charlene’s life, a Celebration of Life will be held at a later date in Alpena, MI.  Burial, with her husband Robert, will be in Alpena, MI, at a later date.  The Tri-State Cremation Center is humbly serving Charlene’s family.

Charlene was born on April 25, 1939, in Detroit, MI, a daughter to Charles and Myrtle (Smith) Frantz.  In her early years, the family moved to Alpena, MI, where Charlene gained her education and as fate would have it, met her soul-mate, Robert Anderson, while playing clarinet in the high school band.  The couple was united in marriage directly after graduation and were blessed with three beautiful children of their own by the time she was 20 years old.  Life’s journey had them making a couple of moves with their family, but eventually they settled in Addison, IL, where Charlene and Robert owned and operated Robert’s Arts & Crafts until they both decided that it was time to move into retirement.  In search of the quiet life combined with their well-earned retirement, Cassville would be their final stop along life’s road.  Peace was discovered in many ways as the working days were left behind.  Watching the birds adorn the feeders, a little fishing on the river’s edge, cuddling up with a good book, and of course some quality time at the craft table were always a welcome part of any day.  Add in a little music in the background, some traveling when the mood struck, or her favorite hands down, loving up her grandchildren with an endless amount of love and adoration for each one to share in.  Charlene was a kind and caring woman who graciously spent more time worrying about others more than herself.  Her spirit and light were as bright as the evening stars on a crystal-clear night and her love was as endless as the heavens surrounding them.  Charlene’s legacy will live on for generations within the hearts and minds of all who knew and loved her and we are forever grateful for the 83 years the Lord was generous enough to share her with us.  Thank you, Charlene, for leading with such elegance that you made it look all so easy and may your heavenly reunion you are experiencing now be as measurably joyful as our hearts are heavy for those you leave behind.

Those left behind to cherish the memory of Charlene include,

and Levi (Julia) Seif, Portland, OR;

Charlene was preceded in death by her parents; her husband, Robert Anderson; her brother, Clair Frantz; and her grandson, Steven Thomas Anderson.

Charlene’s family would like to thank the nurses and staff at Agrace Hospice for all of their professional and compassionate care of Charlene and her family.

Online condolences may be shared with Charlene’s family at www.tristatecremationcenter.com