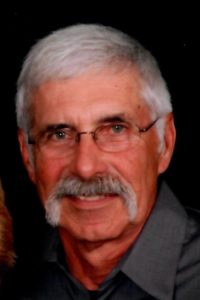 Ronald M. “Ron” Johnson, age 75 of Durango, Iowa sadly completed his earthly journey on October 15, 2019 after an ATV accident while hunting wild boar in Oklahoma.  To honor Ron’s life; his family, friends and loved ones are invited to bring stories and memories to share at Ron’s Celebration of Life from 12:00 p.m. to 3:00 p.m. on Saturday, November 2, 2019 at the Dubuque Shooting Society, 10380 U.S. 52, Dubuque, Iowa.    Burial will be in the Morse Cemetery in Johnson County Iowa at another time with immediate family.

Ron was born on September 7, 1944 in Iowa City, Iowa, son of Robert M. Johnson and Helen R Tompkins.  Ron spent his formative years being surrounded by family and friends in the Iowa City/Coralville and Solon areas.  He graduated from Solon High School in 1962 and went on to complete his Bachelor’s degree at the University of Iowa in 1966.  Ron spent the next 2 years proudly serving his country with the U.S. Army.   During this time, he was united in marriage to his teenage sweetheart, Mary Lou Smith, on a rainy night, June 6, 1967.  The couple was blessed with 52 years together where they never wavered in their commitment to family, work, play and one another.  They both worked at John Deere, beginning their careers in Moline before moving to the Dubuque Works in 1971.  Ron took an early retirement package in 1988, which allowed him to spend time at home with his growing daughter, Jill, all while escaping to the outdoors almost daily on the farm.

Every fiber of Ron’s being was driven to be one with the nature around him whenever possible.  In his younger years, Ron would joyfully spend his days horseback riding, racing off-road motorcycles and riding snowmobiles in the off season.  In time, hunting and fishing became his full-time passion.  Land and animal management fit perfectly into Ron’s vision of living life to the fullest.  Their trips to the cabin in Wyoming to embark daily into the wilderness on another adventure became a regular occurrence.  Whether braving the day’s adventure with a rifle in hand, riding a 4-wheeler or horse, sitting in a boat or fishing streams with a fly rod, or even scouting endlessly in preparation for the next best spots, Ron continually found absolute satisfaction in every hour he and Mary were able to spend outdoors together.  Ron was always thankful that his game room wasn’t only full of the many trophies he had accrued over the years, but it was also a daily reminder of the memories and time he and Mary had spent together.  Ron’s love for the outdoors only came in second to his devotion to his family at home.  His wife, daughter, granddaughter and faithful canine companions were what created the essence within his purpose in life.  Ron has left a legacy of love, leadership and genuine character which will thankfully assist in providing some comfort to the broken hearts he leaves behind.  It’s impossible for us to imagine today that Ron has hung his last mount, but we trust that his new hunting grounds are perfectly designed for he and his dogs to run free until we see them again.  Thank you, Ron, for all you’ve done so well during your time here and may we never forget the positive example you’ve left for us to follow.

Those left behind to cherish the memory of Ron include,

his wife and perfect partner in life,

Ron was preceded in death by his parents and a brother, John Tompkins.

In lieu of flowers, we ask that donations be made to the Dubuque Humane Society, 4242 Chavenelle Road, Dubuque, Iowa, 52002 in Ron’s name in recognition of his uncompromising compassion and love for dogs.

Ron’s family would like to thank everyone for all of the love and support you’ve provided during these very difficult days.  Saying good-bye to Ron is the hardest thing we’ve ever had to do, knowing that we don’t have to face it alone is the greatest gift we could receive.

Online condolences may be shared with Ron’s family at www.tristatecremationcenter.com