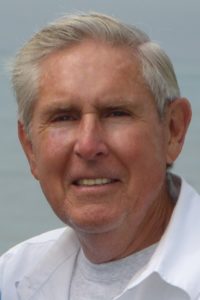 Thomas G. “Tom” Dicklin, age 78 of Galena, Illinois, completed his earthly journey on April 23, 2020, at the University of Iowa Hospital and Clinics in Iowa City, Iowa.  To honor Tom’s life, a private family service is being held.  The Tri-State Cremation Center is humbly serving Tom’s family.

Tom was born on December 6, 1941 in Zanesville, Ohio, 1 of 6 children to Edward and Ruth (Dahlman) Dicklin.  Tom grew up with an insatiable curiosity to learn, while systematically developing his natural abilities to understand how anything mechanical or electrical worked, and eventually shared his talents with enthusiasm throughout the world around him.  After graduating from high school, Tom joined the U.S. Air Force and spent 5 years honorably serving his country.  He met his beautiful bride, Gisela Banas, while on the base in Germany and the two were eventually united in marriage in August of 1964.  They were blessed with 3 boys who would undeniably carry Tom’s legacy and innate abilities forward in their own lives.  Tom spent most of his working career in the computer technical services with NCR, but did opt to move into early retirement when it was offered.  He and Gisela then decided to move to the Pacific NorthWest, where Tom soon found himself working at Boeing to help keep his time and mind occupied.  He enjoyed his 2nd career, but eventually chose to slow down once again and moved to the Galena Territories to be closer to his grandsons.

Tom was a very social man who could easily make a new friend in a room full of determined strangers.  He enjoyed the finer things in life, but also appreciated the simple pleasures as well.  An afternoon on his motorcycle was always a welcomed option, but gathering with family and friends for a little water skiing, hiking in the Cascades, or salmon fishing in Puget Sound could also make his day complete.  His evenings brought the opportunity to relax and reflect on the day’s activities, but a few hands of poker with his friends was never rejected, and any time to convey and reinforce with his boys the truly valuable commodities in this life (such as being able to renovate your own home, treating others with compassion, or simply traveling to the many corners of the world to learn how others live and behave outside of their own comfortable circles) was always among his favorite ways to pass some time.  Tom’s impact on the world he leaves behind has been quite intentional, while making it appear to be almost effortless.  His desire to be the best man he could be, while hoping for the same in others whom he was fortunate enough to interact with, are the staples of his mission in life.  Using every moment possible to leave the world around him in just a little better condition than when he arrived was where Tom found his satisfaction.  We will miss our dear husband, father, grandfather, brother and friend, and we pray for peace in our hearts and minds until we meet again.

Those left behind to cherish the memory of Tom include,

his loving wife of 55 years,

Tom was preceded in death by his parents; his sister, Patricia Smitz; his sister-in-law, Marion McLay; and 3 brothers-in-law, Jerry Huff, Peter Gwizdala and Donald Smitz.

Tom’s family would like to thank the doctors, nurses and staff at Mercy Hospital, and the University of Iowa Hospital for all of their professional and compassionate care and support.

In lieu of flowers, memorials in Tom’s name may be made to Mercy One Medical Center, Dubuque; University of Iowa Hospital and Clinics, Iowa City; The American Melanoma Foundation (melanomafoundation.org), or Stevens Johnson Syndrome Foundation (sjsupport.org).

Online condolences may be shared with Tom’s family at www.tristatecremationcenter.com

To honor Tom’s life, a private family service is being held.